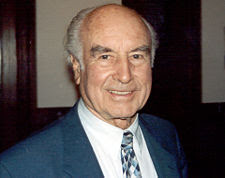 Chemist Albert Hofmann has died at the age of 102 on April 30, 2008.He is credited inter ailia for the isolation of lysergic acid diethylamide, or LSD in 1938 while working in Sandoz chemical company. The new substance, however, aroused no special interest in our pharmacologists and physicians; testing it further was therefore discontinued.

Five years later however he found himself in a dreamlike state and he finally confirmed that the substance was related to the lysergic acid -diethylamide tartrate he had just started working with and his dream like state might have been due to accidental absorption through his fingernails, he recorded.

He narrated the story in following way,’There seemed to be only one way of getting to the bottom of this. I decided on a self-experiment.” He took LSD hundreds of times, but regarded it as a powerful and potentially dangerous psychotropic drug that demanded respect. More important to him than the pleasures of the psychedelic experience was the drug’s value as a revelatory aid for contemplating and understanding what he saw as humanity’s oneness with nature.

Though mainly remembered for LSD he continued to work at Sandoz, retiring as Director of Research for the Department of Natural Products in 1971 .Hofmann was unhappy that research on the drug had been curtailed following its adoption into the counter-culture.

You could read more about him here.

A ‘Minor’ Planet Named After a Kerala Zoology Professor! We are used up seeing Indian streets and buildings named after politicians but now a rare honour has been bestowed upon a Keralite environmentalist, Dr. Sainudeen Pattazhy by naming a minor planet of the solar system after him which shall be now called "5718 Pattazhy".

Dr. Sainudeen Pattazhy is professor of zoology at the in Kollam, Kerala. NASA has announced recently that it will name the minor planet in recognition to his pioneering work he has done in the field of environmental research. There are around 400,000 ‘minor planets’ or asteroids in the solar system, of which 185,685 have well defined orbits and have been allotted numbers by the International Astronomical Union (IAU). Around 14,000 of them have been given names mainly after their discoverer astronomers.

“I was so happy when NASA informed me that my name has been selected for naming a minor planet. It’s known as 5178 Pattazhy. Actually, a US-based scientist of Indian origin Mr. Rajamohan had discovered it in 1989. He proposed my name and NASA accepted it,” Pattazhy said.

Pattazhy came into prominence for his study on the red rain phenomenon of Kerala which occurred in 2001. His research proved that the red colour of the rains was due to a geological process and had nothing to do with alien life. Before his work there was an argument that it had some alien connections .He showed that the queer phenomenon was due to certain peculiar environment prevailing in Kerala during the period in question. Pattazhy’s suggestions on the health hazards posed by mobile towers are still pending with the Union Ministry of Environment. According to him, the radiation would affect people residing within 300 meters of the towers.

Sainudeen said that he felt elated that his non- descript village Pattazhy in Kollam district of Kerala was now in prominence and found a 'celestial niche' of its own.